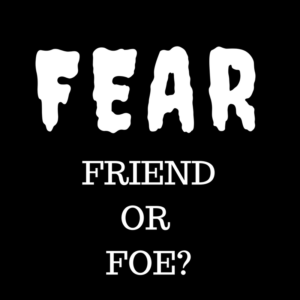 Lately I have seen a lot of people talking about fear.  About being fearless or getting rid of fear.

Fear is something I have lived with for many years.  For almost half of my life I have been afraid of almost everything.

After doing a lot of personal development work, I now know why I had these crippling fears, but will not go into detail because it includes other people in the story and I do not have their permission (didn’t ask) to include them in my ramblings on the internet.

Most of my fears evolved because I took things other people did or said to or about me personally and let those thoughts consume me, and now that I reflect on it, I let those things bloom and grow and created scenarios that never happened, but then lived my life as if they had.  Which is fine, because in truth, it no longer matters.  I had to go through all of that shit to get to this side of the fence and I am a much better person because of it.

The basic definition of fear is that it is an emotion that caused by the belief we are in danger or something is threatening us.  It is not something we can control either, it just happens.  Sometimes out of nowhere.

Back in 2014 I decided I wanted to get rid of all this fear because it really was debilitating.  My mantra for that year was Fearless in ’14.  Catchy right?  That’s why I remember it.  Well, the definition of fearless is without fear and since at that time I did not have a clue how to get rid of my fear, I just made up my mind to go ahead and do things I was afraid of anyway.  Which is actually the right thing to do in many cases, but is not exactly being fearless.  Being fearless, often times means you go into something without caution and take un-necessary chances… because you are not afraid.

Doing something you are afraid of is actually having courage or being brave. According to Merriam Webster, the definition of bravery is – the quality or state of having or showing mental or moral strength to face danger, fear, or difficulty.  Well, by gosh that is exactly what I did.  Not knowing I was not actually conquering my fear but instead facing my fears and not allowing them to rule my life.

Fear is a good thing quite often because fear is there to keep us safe from danger, or something we perceive as dangerous anyway.  Fear initiates the parasympathetic nervous system (fight or flight mode) and gives us the adrenaline rush that we get when we are scared or in a dangerous situation so that we have the energy to either run or stay and face the danger.  The problem comes when we also get this response when our life is not really threatened, but we are put in an uncomfortable situation and we go into the flight mode instead of the fight mode.

Often times what we really fear is the unknown and often many of us humans tend to choose being scared over the unknown.  Why?  most often because we have no control over the unknown…at least that is my experience anyway.  I know what happens and what I do when I’m scared.  I don’t know about the unknown, I can only speculate.  But that is when it is time to quit speculating and get to being curious.  It is when we give ourselves permission to feel the fear but still decide to get curious about that unknown and lean into it a little at a time instead of running from it that we are able to flip that switch and have the opportunity to be brave or courageous.  Learning to use our fear in a way that improves our lives instead of limiting our lives is all about mindset.  While there is absolutely nothing wrong with being scared or of having any emotion, it is how we choose to react to the emotion and what we decide to do in the face of the emotion that makes the difference in our lives.

I am sure you have probably heard the saying “Do something every day that scares you”  I completely agree.  Do it!  Embracing our fears makes us stronger.  Being fearless is what can be dangerous.

I choose to give myself permission to be scared of things.  To take a moment to check in with myself and see if whatever it is I am afraid of is actually going to “dangerous” to me bodily and if not, ask myself “what have I got to lose?”  I am either stuck here as I am, or I get a chance to move onto something different.  Maybe something even better…actually, most often in my case it has been better and even phenomenal.  Embrace your fear, take the chance.  It is one of the most empowering things you can ever do.

What are you afraid of?

Let me know in the comments.